Milwaukee Bucks vs Miami Heat: Another Past Playoff Opponent Revisited

After the emotions and celebration that came with receiving their championship rings and unveiling the banner, the Milwaukee Bucks got back to playing basketball. Good times were had by all and it resulted with a win against the Brooklyn Nets, and now Milwaukee heads south to face the Miami Heat.

Where We’re At
The Milwaukee Bucks are the defending NBA champions and earned a statement win against the Brooklyn Nets. Milwaukee looked like a team that has no intentions of resting on their laurels. Giannis Antetokounmpo had a strong 32 point, 14 rebound performance while Khris Middleton and Pat Connaughton each had 20 points. The Bucks looked as good as their championship rings, which are spectacular if you haven’t seen them. Meanwhile, last time we saw the Miami Heat, they were being embarrassed, hoodwinked, bamboozled and led astray by these very same Milwaukee Bucks. Jimmy Butler was possibly still thinking about a certain ESPN personality as he was getting outscored for the series by Bryn Forbes. (No, I won’t let that go.) Bam Adebayo mentioned that they are “the kennel” and based on his handling of last postseason, we might need to call animal services for potential cruelty. Miami also decided to add veteran experience in the form of Kyle Lowry, Markieff Morris, and PJ Tucker. For Milwaukee, they are a bit dinged up at the moment, so expect to see Bud go deep in his bench again.

Player To Watch
Hello PJ Tucker, old friend. Don’t get it twisted, we appreciate everything you did for Milwaukee and understand why your departure could leave a sour note. But PJ ended up in South Beach and is seemingly trying to install the same mentality for the Heat as he did in Milwaukee. Tucker did make it clear he was waiting for this matchup and it will be interesting to see how revenge-driven he will be, and how things will turn out. Miami is likely to have him guard Giannis for stretches so we will see if he can keep up. Meanwhile Bobby Portis sums up my feelings on this whole story: 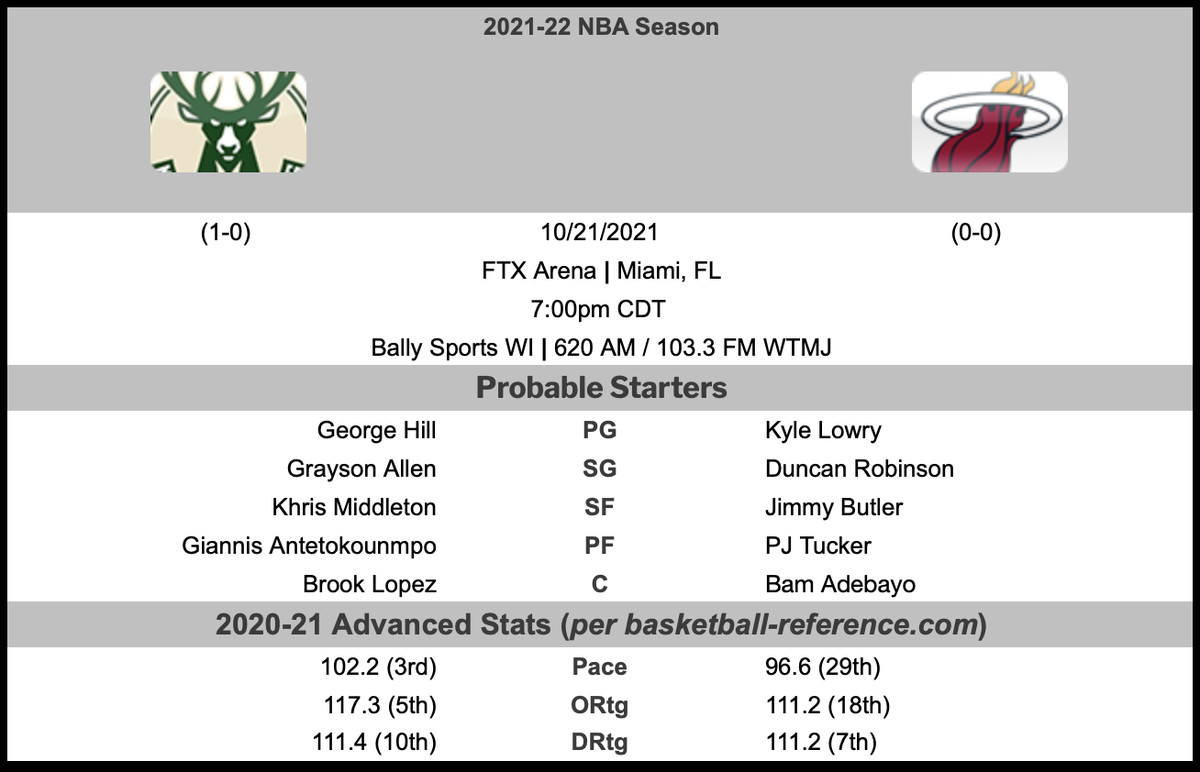